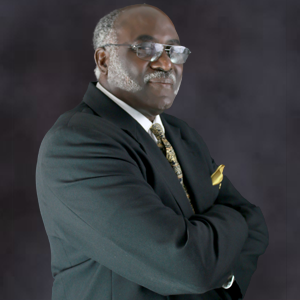 The Original Rose of Sharon was established in 2005 under the leadership of Bishop George R. Carmon, DD and Co-Pastor Lillian D. Carmon.He has been married to Minister Lillian Carmon for 46 years, they have five children and 12 grandchildren. He has been in the ministry for 33 years.

He was a member of the former Rouse’s Chapel F.W.B Church where he served as a steward for many years and was later ordained as a deacon and taught Sunday school. He believes charity begins at home; he was a family bible school teacher for several years.

His aim is to please God in this Christian race patiently and press for the mark of a higher calling of God. His soul’s desire is to see people saved, healed, delivered and set free. As a man of God who has been called by God, with salvation, understanding and knowledge he is still seeking spiritual wisdom that only God can give to lead his people in righteousness and truth in such a time as this.

Romans 1:15-16
“So, as much as in me is, I am ready to preach the gospel to you that are at Rome also. F”or I am not ashamed of the gospel of Christ: for it is the power of God unto salvation to everyone that believeth; to the Jew first, and also to the Greek.”